What is the Sound of One Wu Laughing? 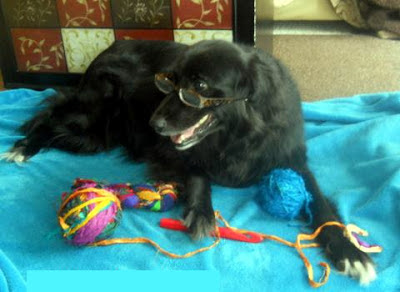 Our new business was named in honor of our dear Quan Yin Kali Wu aka Wu. A rescue from the floods of Tennessee in 2010 who brought joy and laughter into our home for ten years.

Her name Quan Yin is homage to the Chinese Bodhisattva of Compassion, Quan Yin (also spelled Kuan Yin, Kwan Yini, Guan Yin). Her name translated means She Who Hears the Cries of the World. We added Wu to her name when she was first adopted as it was the name of Norm's martial arts mentor and teacher, Dr. Wu. Eventually her nickname became Wu. A few months after adopting her she decided to eat a very expensive Frida Kahlo table top library book which we had to replace. ($60!) Her new middle name became Kali, after the Hindu Goddess of Destruction!

Quan Yin was the inspiration and model for many of our online classes for dog owners and several of the chapters in our new book BARKOPAEDIA. She was still alive when this new business was born and during the writing of the book.

Quan Yin Kali Wu passed over the rainbow on August 28, 2020 due to complications of a cancerous tumor and a seizure. It has been almost two months and not a day goes by that we still feel the need to take her out for a walk, feed her or sing to her. I still have poop bags in my pockets and purse. Her leash and collar still hang near the door. Her Spirit lives on. 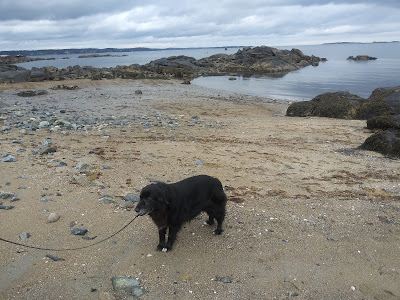 Her favorite spot was Waikiki Beach on Winter Island in Salem MA. We took her there almost every morning. Unfortunately dogs are not allowed on the beach from May through September so she was not able to visit one last time. This is the last photo we have of her on Winter Island April 30, 2020.

We love and miss you dearest Wu!